Welcome to the Six Lives Exercise.  This survey is featured in Chapter 1 of Springboard and helps you better understand your current beliefs about what it means to be “successful.” It takes only about five minutes — give it a try!

Step 1: Read through all six profiles below.

Step 3: When you have the six lives in the order you want, click the “Submit” button and you’ll be taken to a page to help you evaluate your results.

TEACHER. Patricia Kelly teaches physics and serves as head coach of women’s track at a suburban high school (children ages 14-18).  Her spouse manages a chain of retail stores the spouse’s family founded 30 years ago.  Pat has led her school’s “Science Olympics” teams to three regional championships and one National title over the past five years.  Under Pat’s guidance, the high school has placed a number of students in the country’s top scientific universities (places such as MIT and Cal Tech in the U.S.).  Pat has two daughters, one of whom earned a Ph.D. in physics and is now working for a high-tech company.  The other ran into trouble in high school, never graduated, and lives in a distant city.  She has rebuffed all attempts by the family to stay in touch with her.

WEALTHY INVESTOR. Peter Tailor is a private equity investor who balances his mostly single life (he married once but divorced four years later) between homes in London, New York, and Bermuda. He made his first fortune guiding a startup Internet company through its early stages and then selling it to a large competitor.  His $240,000 investment turned into a handsome payoff of $50 million.  It has been all “upside” since then.  A leading business magazine recently published a cover story on Peter, revealing him to be an avowed free thinker, lover of freedom and committed libertarian.  In the article, he said, “I love the excitement of placing a big bet and seeing it pay off.” His passions outside the office include parties in far-flung places (“I like to work hard and play hard”) and hang-gliding (“being in the air alone gives me a sense of freedom”).  He donates generously to political causes he believes in and is consulted by influential politicians across the globe for his opinions regarding the global economy.

TENNIS PRO. Janice Chung is a hard working, professional tennis player who has won four major tournaments in her career and finished in the top 15 money-winners in seven of the past 10 years.  She started playing tennis with her father at the age of five, and, as a result of the relentless drills her father insisted on, she perfected her game.  Tennis has dominated her life since then.  A few years ago, she founded the Chung Tennis Institute, a group that provides free tennis instruction and “life skills training” to young women who live in a poor urban neighborhoods.  She is married to a real estate developer and, unable to have children herself, has adopted three Korean kids, now aged 2, 6 and 7.  “It’s a tough life on the tennis circuit,” she told a tennis magazine recently.  “You don’t get as much time with your children as you would like.”

STONE MASON. Fred Hampshire is a stone mason who has lived his whole life near a large city.  A passionate student of historical architectural design, he has been married to his wife Mary for 52 years and he has three children (a lawyer, a banker and a homemaker) and 7 grandchildren. “Every piece of stone you pick up is different,” he once told a news reporter.  “In my work, I can see what I did the first day I started and watch it grow.  And I go back years later and it is still there to see.  It’s good day laying brick or stone.  It is hard work, but you get interested in fitting each piece in just its right spot and the day is over before you know it.”  Hampshire admits that money has sometimes been a problem, but he proudly points out that he personally helped to build homes for each of his three children.

BANKER. Jane Ruly has worked for her entire career at a multi-national bank in a large city, where she has risen through the ranks to become a regional vice president for wealth management services.  She is fiercely loyal to both her employer and its customer base.  Jane is an accomplished marathon runner and a single parent who divides her non-working time between fitness training and her young child, Julie, who has severe learning and physical disabilities.  Friends and family members have encouraged Jane to find an institutional home for Julie so she can “get on with her life,” but Jane responds that “Julie is my life – I would never dream of letting anyone else take over her care.”  Last year, Jane ran the New York Marathon pushing Julie in a specially-rigged carriage – a feat that earned her a segment on an international news television program about parents of children with disabilities.  She has dated several men over the past few years, but she has never believed in marriage – in part because her own parents were so unhappy together.

NONPROFIT EXECUTIVE. Bill Paulson used to be an award-winning investment advisor for wealthy families in a major city, where he was well known for his ability to manage complex estates.  He has been married for 20 years to his wife Terry (a child development counselor) and they have four children. Bill was considered a “top producer” in his office and earned more than anyone else in his group.  But five years ago, Bill quit his job and took a huge pay cut to become a top administrator at a fast-growing nonprofit service organization founded by a charismatic religious leader from South Africa.  “I heard God’s call,” Bill told the local paper, “and I answered.”  Bill’s main project has been help to carry out the group’s “international mission” helping rural African villages secure clean water supplies.  Bill helped to organize a coalition of religious charities to fund this work, and his investment skills have doubled the investment value of the money raised to date.  The family is planning to take next two years off to go live and work in a rural community in an impoverished African country, where they will run one of the coalition-funded water projects. Bill’s and Terry’s kids range in age from 8 to 16, and none of them want to go.  But Bill and Terry are determined take the entire family.

“This book has print on pages, of course, but it is really a compass. The needle on that compass points directly to you, the reader…” 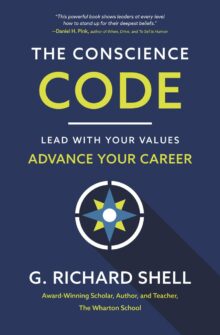 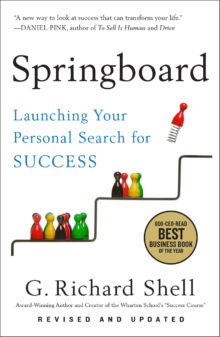